A photo essay of the election, as told through MSNBC correspondent Steve Kornacki

During this election, there was only one person that kept the Democratic base from combusting into smithereens: MSNBC correspondent, Steve Kornacki. Here’s how Steve Kornacki’s election night unfolded.

A photo essay of the election, as told through the eyes of MSNBC correspondent Steve Kornacki

During this election, there was only one person that kept the democratic base from combusting in on itself: MSNBC correspondent, Steve Kornacki. Here’s how Steve Kornacki’s election night unfolded.

5PM, EST
Steve makes a promise (threat?) to stay in the studio until “we’ve got a result.” His colleagues politely ask him to tear down the giant conspiracy board in the break room, but Steve’s already putting his earpiece in. It’s showtime. 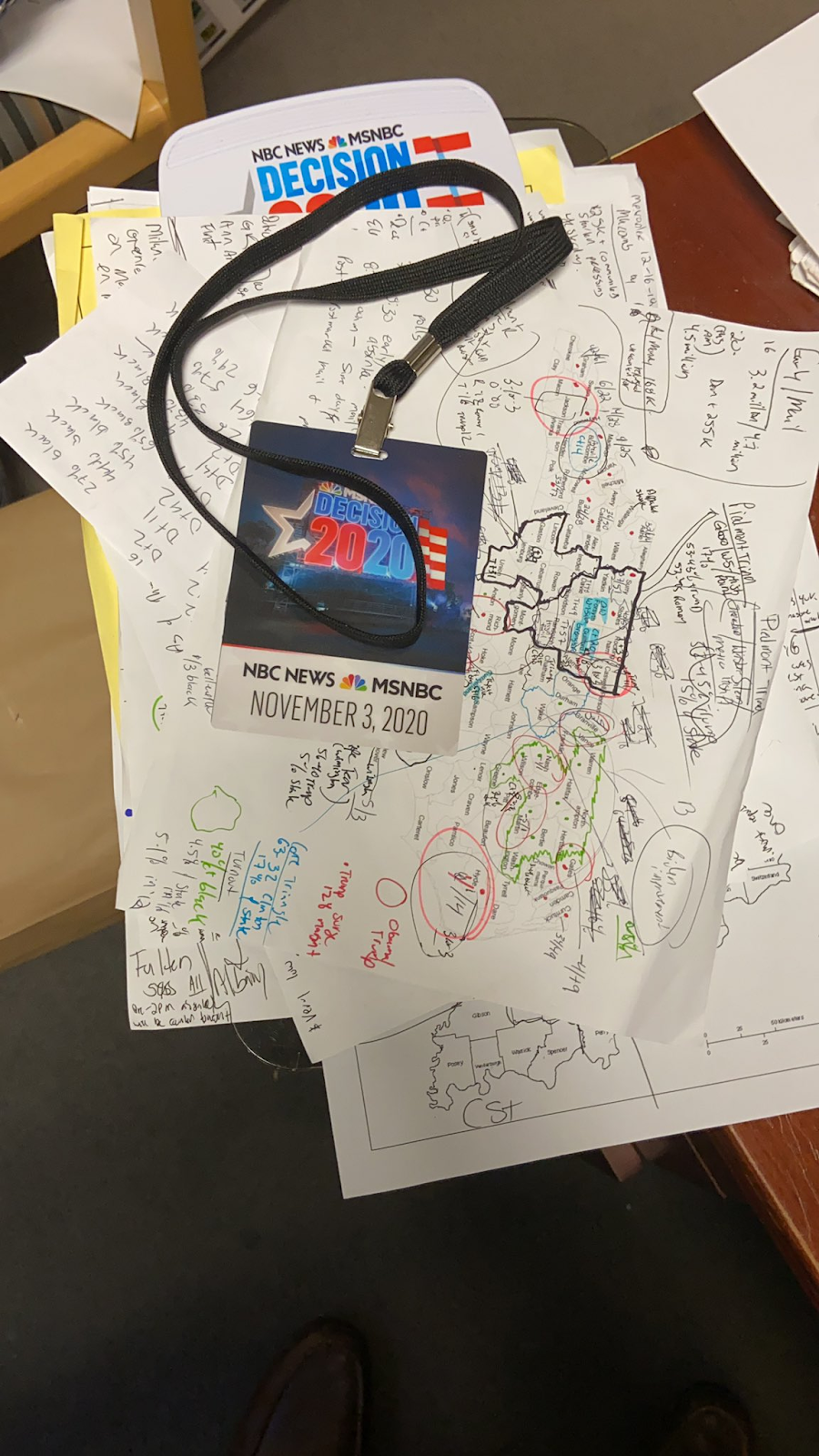 6PM, EST
Steve is live, in his Korkhakis and pressed tie, ready to start attacking the board map like an absolute madman. He looks in every way put together, but already, his eyes betray a hint of madness.

9PM, EST
When Dr. Strange closed his eyes, he saw 14 million possible electoral outcomes. Steve sees 14 million and one. He attempts to communicate to us some of these possibilities, but the human eyes are not equipped to see beyond 3 dimensions. The green circles look nice.

10PM, EST
Every morning, the rooster crows to let us know when the sun has risen. Every minute, Steve adds to his board, coloring in county after county. The board is his wand, he is the master. No detail escapes him: How did this county, population 50, do compared to last year? Steve lets us know. This 1% increase from 2016? Very indicative. His mortal body may show signs of fray, but through sheer willpower he holds on.

11PM, EST
The Democratic base is flagging, beaten down by naive hopes of the Blue Wave. In a bid to calm the Democrats, Steve steps up the speed of his arm gestures, luring the Dems into a sense of calmness. Mmm yes….those mail in ballots that haven’t been counted yet….namaste…

12PM, EST
The Democratic base has turned to alcoholic comforts. MSNBC throws up the Kornacki cam in a desperate bid to reassure voters that everything will be okay. Ratings have never been higher.

1AM, EST
Kornacki celebrates the victory of one electoral vote for Biden. For democratic viewers, this feels like the moment in Of Mice and Men when George tells you about the farm and the rabbits before shooting you, but it’s nice. A nice quiet farm, away from it all…

2AM, EST
Kornacki’s energetic voice shocks you out of your reverie. MILWAUKEE COUNTY HAS YET TO BE COUNTED, he reminds you. What is he fueled by? Energy drinks? The spirit of the election? The energy going into his board? Nobody knows.

9AM, EST
You wake up, blurry eyed and disorientated. Kornacki looks the same. Did he have a backup shirt, neatly pressed and ready to go? The only thing that gives away the passage of time is the growing fanatical pile of papers in his hand. It’s Kornacki’s world now. Steve. Steve. Steve.

“Philosophy Bros: A Taxonomy”
Link in the bio.
Not sure why our staff
Every year we make
💋❤️ LINK IN BIO! ❤️💋
“Her hair isn’t, ‘sapphic short,’ but, ‘list-of-regions-Gary-Johnson-remembers short.’” (full story in bio)